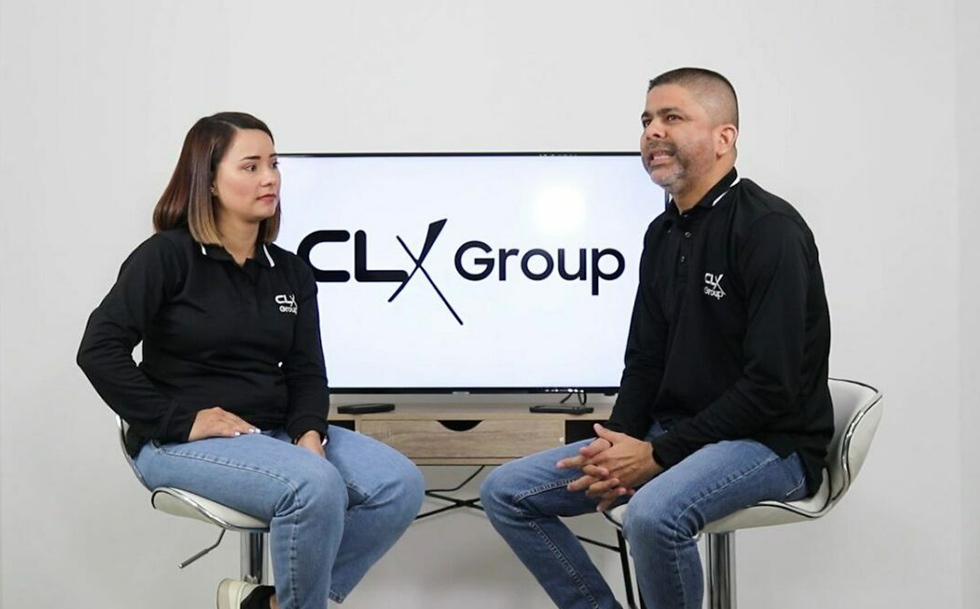 For CLX Group and its CEO Nasar Dagga, the Venezuelan worker is everything, wherever he wants him to be. The business group once again reaffirms its commitment to its people, through an audiovisual material made within the framework of Labor Day, dedicated to its entire team and to those who carry the name of Venezuela high outside our borders.

Beyond the daily tasks of each Venezuelan, Nasar Ramadan Dagga Mujamad, presented a Labor Day message through his Instagram account (@nasardagga); which highlights the effort made by all those people who work very hard for a better future within the country, with special emphasis on their desire and firmness to stay in Venezuela.

In the 4-minute video you can see several workers who were part of the first steps of CLX, made up of members of the board; administrative staff and workers, who have shown their love for our lands, in addition to the commitment that each one has for his work and for Venezuela.

They offered their vision of work and told the anecdotes that their time in the different companies of the group has left them; becoming the spokespersons for the more than 2,500 workers who today are part of the renowned consortium, headed by Nasar Dagga Mujamad.

The message highlights the effort made by those who break with paradigms, who strive to give their best every day; excelling in their daily work, thus contributing to the construction and development of their environment.

“We are what we are, thanks to all those workers who continue to fight for our country. They are and will continue to be a symbol of commitment, effort, sacrifice, decision and courage”, expressed Nasar Dagga on his social network on the occasion of Labor Day, when he recognized the work of all the members of his team, who every day They perform with integrity in each of their tasks. “Investing in my land is investing in the commitment they show us,” he stressed.

“Our workers make the growth of the group even greater, inspiring the desire we have to continue betting on Venezuela and its people, strengthening the desire to achieve our own dreams,” he highlighted in his @nasardagga account.

The purpose of the message is to remind all the people who continue to be part of each of the group’s companies and the importance of the character that characterizes the Venezuelan worker, who is constantly searching for more opportunities for growth and development. both personal, professional and family.

Believing in the talent of each Venezuelan was the main motivation of the businessman to turn the group of companies into one of the main references within the national territory, where countless people have grown professionally for years.

Nelson Sánchez, who has worked for 26 years with the CEO of the firm, assured that Venezuela is a country to stay; where dreams can be achieved and a better future for the family can be built. He considered that this is a land with a lot of potential for personal and professional development, in different areas.

“There is always that moment where we have thought, I am going or I am staying, but we are still here and we believe that Venezuela is still a country where we can work and where we have to continue despite any sacrifice,” said the director of Marketing of the business group .

In the case of Carlos Alvarado, CLX Group’s Financial Director, the staff that works in the conglomerate of companies is distinguished by their effort and fidelity to their work. “CLX Group workers are characterized by their commitment to work, to the company and to the country. That is our secret of success, in addition to the pride of belonging to this group”.

For José Salazar, being a CLX Group worker is and will be a blessing in his life. “I started as a caletero, traveling in trucks throughout Venezuela. I thank God that I currently have the position of Warehouse Manager”.

Each worker who is part of CLX has become a fundamental pillar for the development of many projects for the country; highlighting the significant growth that the different brands that make up the group have experienced each year, which has been tied to the development and development of each team member.

What is CLX Group?

CLX Group is a Venezuelan business group dedicated to the consumer electronics market, founded by its president Nasar Ramadan Dagga Mujamad in 2020. Made up of CLX Samsung, GAD Tecnology, XIO Latin, MultiMax Store and AIWA Venezuela. Currently it has become one of the main technology references due to its extensive variety of brands with the greatest demand in the national and international market.

It all started when the first CLX Samsung store was opened in the city of Valencia, capital of the Carabobo state. In its beginnings; the company had only 50 employees. As part of the growth, later a total of 12 more stores were opened in Venezuela and 1 in Panama.

Subsequently, GAD Tecnology was created, a subsidiary of LG in the country that currently has 3 stores nationwide; XIO Latin; official distributor of the Xiaomi brand, with 5 branches and AIWA Venezuela, of which a store has been opened, located in the Parque Los Aviadores Shopping Center, in the city of Maracay.

It is important to mention the incredible growth experienced by MultiMax Store, a multi-brand company founded in 2019; which today has a total of 20 stores in 19 cities in the country, with which the group has 42 stores in the country, generating more than 2 1,500 jobs throughout the national territory.