EnVivoClxSamsung made more than 20 thousand viewers around the world vibrate 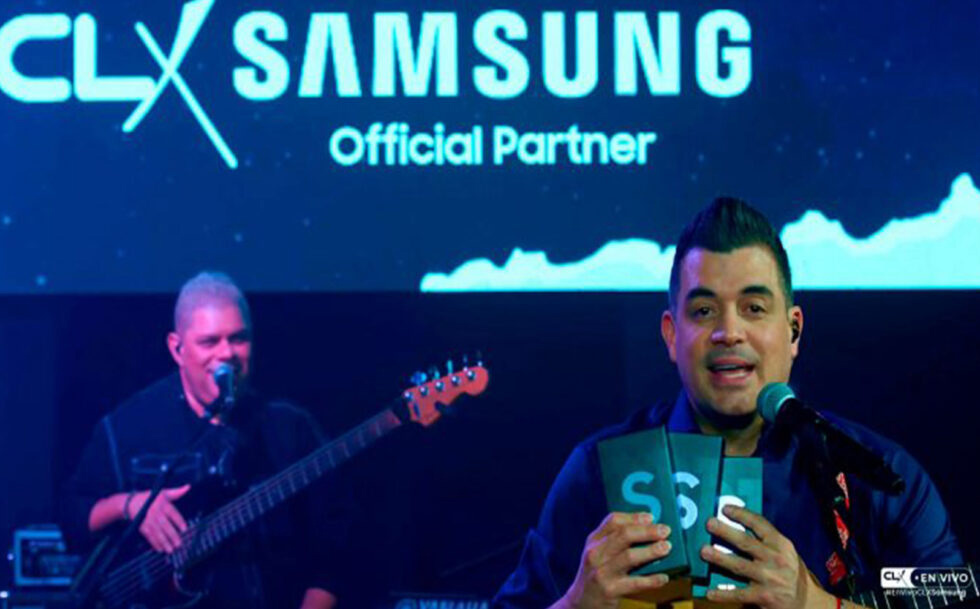 Bring all households together in one event! This is how #EnVivoClxSamsung was born and under that concept it made more than 20 thousand viewers vibrate in its first free edition for mothers, together with the renowned Venezuelan singer-songwriter Rafael “Pollo” Brito. This was the beginning of a series of events that will mark an important guideline in the country, a project headed by Nasar Ramadan Dagga Mujamad, president of CLX Samsung Official Partner.

Connected to “surprise mom”, was the main purpose of this virtual concert that paralyzed the world in more than 40 countries and that joined all continents with the unique voice of “Pollo” Brito, hand in hand with an impeccable dedicated production to the most beloved of the house. The concert opened with an emotional video call from the cuatro player to his mother and continued with “Madrigal” as the first song of the evening.

“Since the quarantine began, we have focused on staying close to all Venezuelans inside or outside the country, and especially shortening all the distances that we currently have. It was a great surprise for us to know that more than 20,000 spectators enjoyed to the fullest from home such a special event within the framework of Mother’s Day, this being the first appointment of #EnVivoClxSamsung”, highlighted Nasar Dagga, CEO of CLX Samsung .

The Venezuelan cuatro player and Latin Grammy winner captivated the guests with an exclusive repertoire of songs, full of emotions and great surprises that included great musical successes. An unforgettable night where each spectator had the opportunity to take home three Galaxy S21, the latest in Samsung technology.

The comments on Instagram, Twitter and Facebook from the followers were the reward for all the work done in this first edition. The happiness of our mothers crossed the official account @clx_latin, with published photographs that spoke for themselves, with many smiles reflected from each mother with her children and all those who did not miss the opportunity to close their day with a flourish.

“The demonstrations of our people made themselves felt on our social networks, and that is something that fills us with great happiness knowing that we arrived at each home, this being our mission and with a VIP invitation for our mothers. For the next few months, we will come with more stellar events to unite more people to the initiatives of our entire great team, which does not rest for the well-being of the Venezuelan”, quoted the president of CLX.

#EnvivoCLXSamsung is the new initiative of the technology business group, with which it seeks to generate entertainment windows for Venezuelans from any device with an Internet connection. After the success of the first virtual concert, CLX Samsung remains committed to presenting more editions for the well-being and training of its followers.