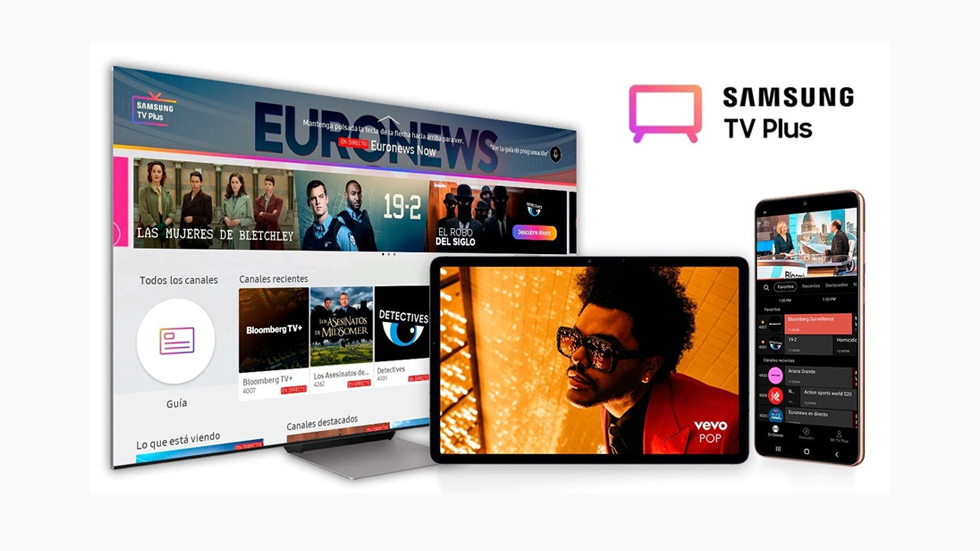 More and more brands are committed to offering their own streaming platform so that their customers can enjoy all kinds of exclusive documents. In the case of the Korean manufacturer, we are talking about Samsung TV Plus, which now receives a facelift in the logo design among other surprises.

More than anything because, as Samsung has announced through its official blog, Samsung TV Plus is renewed to offer more content than ever since its launch in 2015.

Samsung TV Plus is renewed: these are the news that come to the service

The platform has grown 100% in the last year, with more and more customers betting on this AVOD service (free television with advertising) so that you can enjoy all kinds of channels.

In addition, Samsung has shown its chest by boasting figures that position Samsung TV Plus as the most used service of this type. “Launched in 2015 as one of the first FAST services from a device manufacturer, Samsung TV Plus has steadily expanded its reach and content offerings to offer more than 220 channels in the US, more than 1,600 channels worldwide and more than 50 owned and operated channels. covering news, sports, entertainment and more around the world.”

Now, Samsung TV Plus renews its brand identity with a new logo and animation changes to make it more attractive. In addition, the service that is currently available on smart TVs, phones and tablets released in 2016 or later, will also be coming to Family Hub refrigerators (model 2.0 from 2017 and newer), initially in the US and South Korea, to then land in other markets.

What’s new from Samsung TV Plus

On the other hand, the manufacturer has announced new collaboration agreements with Lionsgate, Vice Media and other production companies to expand its offer of movies in the Samsung TV Plus catalog.

And to celebrate the change of brand, Samsung will also offer new channels very soon, in addition to surprising offering an exclusive 2-minute preview of The Lord of the Rings: The Rings of Power that can be seen through its 8K Samsung Neo QLED televisions. .

So, if you have a Samsung 8K Smart TV, you should know that you will be able to see an exclusive trailer of the long-awaited series based on Tolkien’s work, in addition to the fact that the range of Samsung TV Plus channels will be expanded very soon to increase the available content. on the platform.

The entire line of Samsung smart TVs are present and available in Venezuela through CLX Samsung stores, which is the Official Partner and official distributor of the giant South Korean brand in the Caribbean country.

Nasar Ramadan Dagga Mujamad is the name of the Venezuelan businessman who runs CLX Samsung, who is also the head of CLX Group, a business matrix that includes the presence of many other brands in the country.